Exercise increases the insulin sensitivity of your cells. So when you exercise, less insulin is required to keep your blood sugar levels under control.

Many types of physical activity have been shown to reduce insulin resistance and blood sugar in overweight, obese and prediabetic adults. These include aerobic exercise, high-intensity interval training and strength training

Therefore, it’s best to choose physical activity that you enjoy, can engage in regularly and feel you can stick with long-term.

Your body rapidly breaks these foods down into small sugar molecules, which are absorbed into your bloodstream.

The resulting rise in blood sugar stimulates your pancreas to produce insulin, a hormone that helps sugar get out of the bloodstream and into your body’s cells.

In people with prediabetes, the body’s cells are resistant to insulin’s action, so sugar remains high in the blood. To compensate, the pancreas produces more insulin, attempting to bring blood sugar down to a healthy level.

Over time, this can lead to progressively higher blood sugar and insulin levels, until the condition eventually turns into type 2 diabetes.

Many studies have shown a link between the frequent consumption of sugar or refined carbs and the risk of diabetes. What’s more, replacing them with foods that have less of an effect on blood sugar may help reduce your risk.

Although not everyone who develops type 2 diabetes is overweight or obese, the majority are.

What’s more, those with prediabetes tend to carry excess weight in their midsection and around abdominal organs like the liver. This is known as visceral fat.

Although losing even a small amount of weight can help reduce this risk, studies show that the more you lose, the more benefits you’ll experience

One study found that obese people whose blood sugar and insulin levels decreased after losing weight experienced elevations in these values after gaining back all or a portion of the weight they lost. 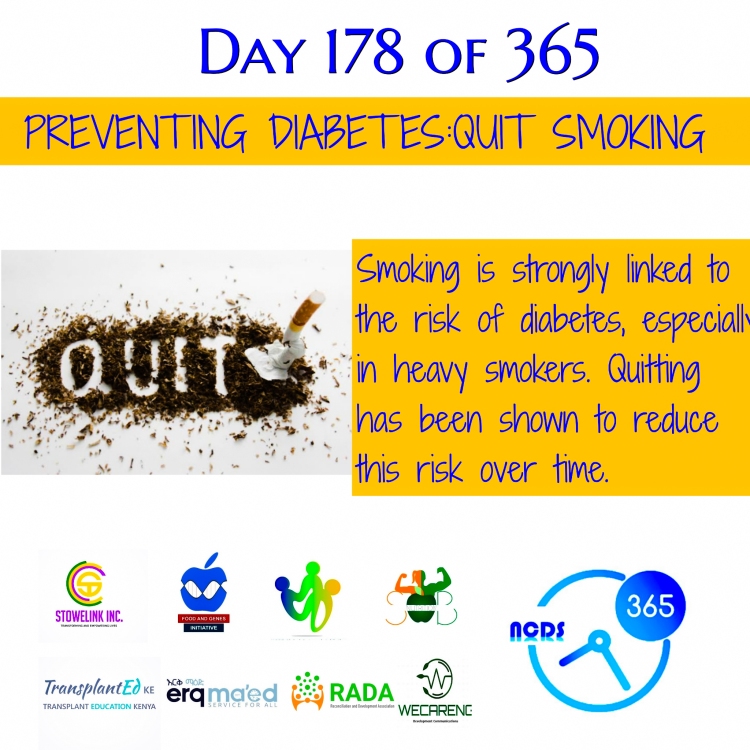 Smoking has been shown to cause or contribute to many serious health conditions, including heart disease, emphysema and cancers of the lung, breast, prostate and digestive tract.

In an analysis of several studies totaling over one million people, smoking was found to increase the risk of diabetes by 44% in average smokers and 61% in people who smoked more than 20 cigarettes daily.

Researchers stated that even though many of the men gained weight after quitting, after several smoke-free years, their risk of diabetes was lower than if they’d continued smoking.

Whether or not you decide to follow a low-carb diet, it’s important to avoid large portions of food to reduce the risk of diabetes, especially if you are overweight.

Eating too much food at one time has been shown to cause higher blood sugar and insulin levels in people at risk of diabetes.

On the other hand, decreasing portion sizes may help prevent this type of response.

Hard-boiled eggs are a super healthy snack for people with diabetes. Its protein content really makes them shine. Eggs are known to promote fullness, an important aspect of managing type 2 diabetes
Yogurt with berries is an excellent diabetes-friendly snack. Berries are a great source of fiber. Yogurt is known for its ability to lower blood sugar levels and rich in protein which helps keep sugar levels under control.
Avocado helps manage your blood sugar levels. It high fiber content and mono unsaturated fatty acids in avocados make them diabetes-friendly food.

Diabetes is a condition that impairs the body’s ability to process blood glucose, otherwise known as blood sugar.

Without ongoing, careful management, diabetes can lead to a buildup of sugars in the blood, which can increase the risk of dangerous complications, including stroke and heart disease.

Different kinds of diabetes can occur, and managing the condition depends on the type. Not all forms of diabetes stem from a person being overweight or leading an inactive lifestyle. In fact, some are present from childhood.