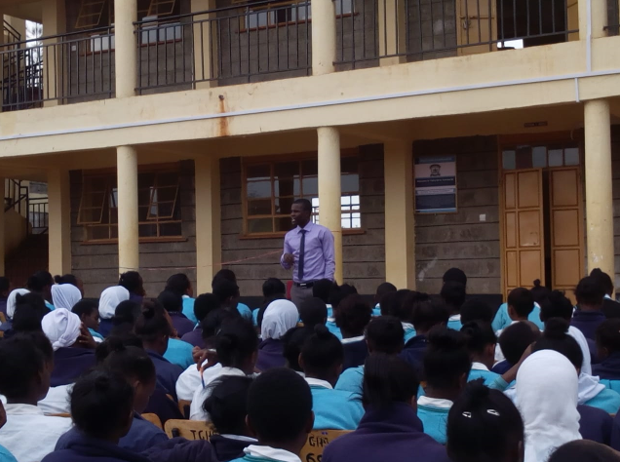 Sexual harassment is a common form of sexual violence that occurs almost everywhere including workplace, streets, school and at homes. It is ignored in some occasions but it is an immoral act and a violation of an individual’s right to privacy. Both gender are affected by this act but women are the most affected. The common causes include;

Ways of avoiding sexual harassment include;

This is a common cultural practice among some African communities that involves total or partial removal of the clitoris of a female. The communities attribute it to an initiation practice and a rite of passage that enhances virginity but it is against the human rights because it has a lot of dangerous effects to the girl child including complications during birth, risk of infections, excessive bleeding and in some cases death. Ending this act has been a great challenge because girls who are forced to this process do not report the cases because of fear of being ex-communicated. Also being a cultural practice, some girls are threatened of not getting married if they don’t undergo the process. For this matter, the only way of ending or reducing prevalence of this process is by sensitizing the girls and mothers on the dangers of this act to their reproductive health.

I facilitated the next phase of the session which involved detailed discussion on rape, defilement, prep and pep.

These are some of the most common forms of gender based violence in our society. Rape is defined as forcefully having sex with someone who is 18 years and above. Defilement on the other hand refers to forceful sex with an individual who is below 18 years of age. Possible causes of rape include;

N/B Nothing justifies rape no matter the case. Everyone’s sexual rights and decision has to be respected no matter the situation or case.

Dos and DONTS of rape.

Dos of rape include;

DONTS of rape include;

These are drugs given to an individual before being exposed to a risk that can cause infection e.g. sexual intercourse. They are supposed to be taken 7 days before one getting involved in sexual intercourse and even after the activity one should continue taking the drugs. They usually have a brand name known as Truvada.

Can a boy be raped?

Can a girl be raped by her father?

What should a girl do if she wants to be raped by her father?

The school outreach was successful. The students were very interactive and we believe we impacted knowledge that would help in changing the lives of a few if not all. Thanks so much to Thika Girls Kibaribi Principal, the guidance and counselling teacher Madam Grace and the whole of Thika Girls fraternity for the warm welcome.